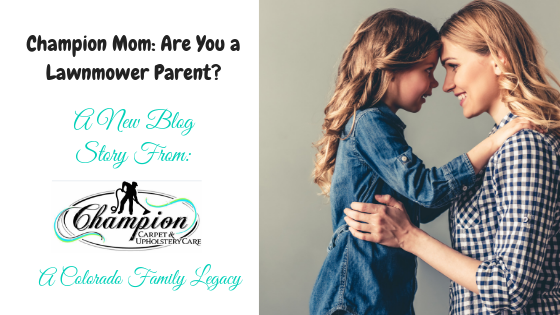 A few years ago, the term “helicopter parent” was coined. These are the parents that hover over their children and swoop in anytime they think that someone is treating their child unfairly. They are often overprotective and too involved in their children’s lives.

These are the parents that call a parent conference over every single assignment, who do their children’s essays for them, and who are still micromanaging them even into college. But now that parenting style has moved aside for a new one that is even more troubling—the lawnmower parent.
What is a lawnmower parent?

The most popular example of this was the parent who came to his teenage daughter’s school to drop off a water bottle after numerous texts from her demanding the bottle. (This was done despite the fact that the school had numerous working water fountains.)

A lawnmower parent is also the type who will demand that a student stay after school with the teacher—not for make-up work or tutoring, but to make sure that the student does his homework. In some cases, the problem continues into college where parents will try to bully and harass professors into not failing their adult children.

What is wrong with being a lawnmower parent?

Basically, if you act in this manner, you’re not allowing your child to grow up to be an independent, fully functioning adult. They will not know how to deal with adversity or problems because they have always been catered to with whatever they ask. This isn’t a situation where we are suggesting that you throw your child out to the wolves literally. But it does mean that you have to allow them to learn sometimes on their own and not protect them from everything under the sun.

It is important that you let your child experience failures and adversity at some point in their lives. If you act like a lawnmower parent and remove all of their obstacles, they won’t be able to cope when the going gets tough.

A Colorado Family Legacy for over a quarter century

Champion Carpet cleaning has been serving Colorado families and business with superior customer service. Our quality speaks for itself and when coupled with our family values you will see why some of our customers have relied on us for decades. It's so clean you will feel like a Champion!